As part of my PhD project, I conducted a survey on dog personality. This is a summary of the findings with a little commentary on personality in dogs.

The study of dog personality may play an important role in better understanding our dogs and why they behave the way they do. Different dogs can respond to signals and experiences in a variety of ways. Some of that variation may be explained by their personality. Finding ways to measure personality so that dogs’ personalities can be compared may eventually help us learn how individual dogs are likely to behave in the future, and how we might be able to select dogs that suit particular roles, and support or manage dogs that may have difficulties in human society because of who they are. 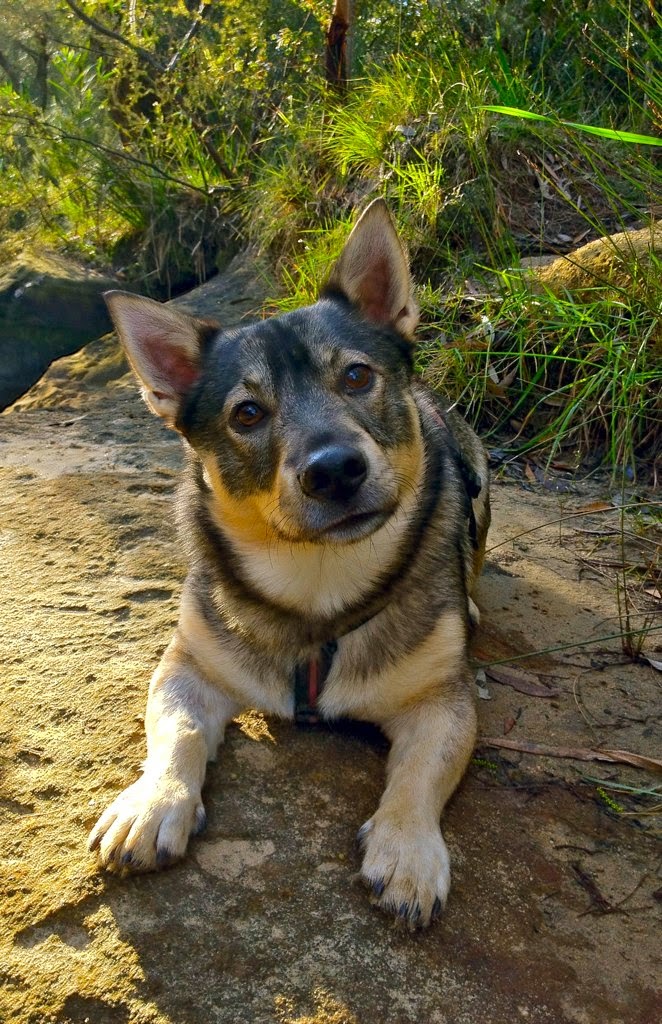 How do you study dog personality?

There are two main ways to measure personality in dogs. One is by recording behaviour, and the other is by asking people who know the dogs to answer questions about their behaviour. Both methods have their advantages and disadvantages. For example, recording behaviour produces very high quality data, but only shows the dog’s behaviour in a limited set of circumstances. Surveys can collect data on a dog’s behaviour in a much broader set of circumstances that may better represent their usual behaviour, and can collect a lot more data. But on the downside, it’s difficult to determine how people interpret questions in the survey and how much of their dog’s behaviour they are aware of. There are ways around this, though. We can investigate whether different people that know a dog answer the questions the same way, which is called inter-rater agreement. We can also check whether the results from surveys are repeatable by having people do the survey twice, which is called test-retest reliability. And we can check whether answers to survey questions are related to dog behaviour that is recorded by scientists. Kenth Svartberg has published several papers along these lines, which can be found online for free.

Survey data is subjective. That does not mean it is not scientific. It can be dealt with in very scientific ways. If I had a dollar for every time someone said a survey was flawed, or survey data was useless because it was too subjective, well... I'd be able to eat out for a day. Anyway, my survey was, like most scientific surveys, carefully researched and planned. It was constructed to investigate the shy-bold axis and coping styles in dogs. The shy-bold axis is known from a range of species, from fish to humans. Several studies in dogs have examined how boldness may be seen in dog behaviour (see Svartberg's work). A survey and recording behaviour were both used in these studies, and it was found behaviour recorded and answers to the survey were related in some areas, showing that the survey questions were meaningful. Many of those questions were incorporated into my survey. My survey also included some questions on coping styles, which refers to the way individuals may tend to behave when stressed. These questions were new and therefore it wasn’t clear if they would be meaningful.

The first step in analysing the survey data was to find out if there were patterns in the answers provided that could describe personality traits. This was done using a Principal Components Analysis (PCA), which is a way to find out (in this case) how traits can be described by people's answers to several related questions? There was one such pattern. This trait included high scores for willingness to approach strangers whether they were humans or dogs, and for willingness to play with other dogs or humans. The trait also included low scores for anxiety or fear related to dogs or humans or novel objects. This is quite similar to – although not exactly the same as – how boldness has been described in other studies of dogs. So we called this trait boldness.

The next step was to see if boldness was influenced by other factors. We tested if it was influenced by the dog’s age, their breed, their breed group, their sex, whether they were desexed or entire, where they were obtained from, how old they were when obtained, and the age and gender of their owner. The results were very interesting. No characteristics of the owners or where and when the dogs were obtained had an effect on boldness. Boldness was influenced by breed, and by breed group. The boldest group was the guardian group, which included mastiff types, livestock guardians, and the Doberman. The next boldest group was the spitz breeds, including sled dogs, Akitas, and Shiba Inu. Next was the gundog group, including retrievers, pointers, spaniels and setters. Next boldest was the herding group, then the terrier group, and then the sighthound group, which included such breeds as greyhounds and whippets. Next was mixed breeds, then scenthounds such as beagles and harriers, and the least bold group was the companion group, which included toy breeds. These results are shown below.

The herding and gundog groups were broken down again into sub-groups based on their original purpose. The tending sub-group (GSD, Belgian shepherds) was the boldest, then loose-eyed (e.g. Collie, Shetland sheepdog), heading (e.g. Border collies, Kelpies), and driving (e.g. Cattle dogs). In the gundog group, the retrievers were the boldest, and all other gundog sub-groups were about the same.

Male dogs were significantly bolder than female dogs, and entire dogs of both sexes were significantly bolder than desexed dogs of both sexes. Previous studies have also identified male dogs as bolder than female dogs, and entire dogs bolder than desexed dogs. However the effect in previous studies wasn’t always strong or consistent. The effects of desexing on a dog’s personality are not well understood, but this is one of several studies to present data that suggest there is an effect.

Most interestingly, boldness decreased as age increased. So older dogs were less bold than younger dogs. This suggests that boldness is not fixed and may change over the course of a dog’s life. Older dogs may be less inclined to be social, which has been seen in other species.

The boldest breeds were generally the most popular breeds in Australia based on ANKC registration numbers. For example, Labrador retrievers, Rottweilers, Miniature poodles, German shepherd dogs, and Staffordshire bull terriers all had high boldness scores and are amongst the most popular breeds in their respective breed groups, which raises an interesting question of whether they are popular because they are bold or if their popularity has prompted selective breeding towards boldness.

I admit to feeling frustrated about the state of dog personality research. For all that we have tools like inter-rater agreement and test-retest reliability to assess the validity of survey data, I don't know that it really does enough validating. Inter-rater agreement seems to vary with the trait in question, typically being high in dogs for most traits, but low in others (e.g. Ley et al. 2009; Sinn et al. 2010; Rooney et al. 2007), which is not well understood. Possible explanations for this include different levels of acquaintance with the dogs in question, communication between raters, how well each rater understands the species, and whether some animals or traits are inherently harder to judge than others (see Gosling 2001 for further discussion). We know this, yet studies tend to be designed to discover whether there is inter-rater agreement rather than identifying reasons why inter-rater agreement may be different between traits, so the discrepancies remain a mystery. Similar problems exist in test-retest reliability procedures that test the stability of traits and whether their measurement is repeatable over time. High test-retest reliability has been reported for some traits over short time-frames (up to 6 months), but lower over longer periods of time (1-2 years). Discrepancies also exist between studies. For example, aggression was reported to have high test-retest reliability over 6 months in one study, but low in another over the same period. These inconsistencies were also shown in a recent meta-analysis of dog personality studies, although the study nevertheless concluded there was moderate consistency in personality traits reported in the dog literature. Discrepancies in results may be because of one or more of a variety of conditions, such as a lack of standardisation in methodology, subjectivity of interpretation of behavioural observations, or a lack of validation of both behavioural observations and data collected by a survey. Validity is supposed to mean we know we are collecting data on what we say we are collecting data on. How can we say surveys are valid if it kind of depends on what part of the survey you are talking about and we're not entirely sure why that is? The field may benefit from a more mathematical approach to defining personality, perhaps based on probabilities of performing various behaviours and measurements such as latencies, extinction curves, and standardising the number of trials. More numbers, I say! Perhaps this could iron out some of the inconsistencies and allow for better validation. In this way, a framework for understanding and explaining personality may be built from validated data rather than fitting the data to an already established (and possibly invalid) framework. And that's my 2 cents.